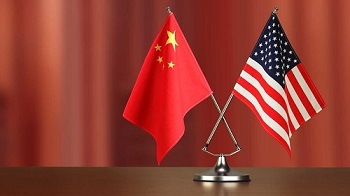 This event is sold out. PCW is pleased to co-sponsor a panel discussion with the Columbia Club of DC. This event is now a webinar rather than an in-person event.

Join us for an in-depth unfiltered discussion of current US-China interactions and the outlook of their relations in the future, as our panel of esteemed experts cover major issues such as Trade and Tariffs, IP theft and researchers ethnic profiling, Hong Kong crisis, National Security concerns such as Huawei, Geopolitical frictions such as the South China Sea and the Philippines, and last but not least the origin and effect of the COVID-19 pandemic. There will be an opportunity to ask questions during the Q&A.

Panel on US and China Relations: Is it Just About Business?

Tickets: $5 for PCW members, $10 for everyone else. 100% of proceeds will be donated to the Capital Area Food Bank initiative. Click here to reserve your spot through the Columbia Club website.

Thomas J. Christensen is Professor of Public and International Affairs and Director of the China and the World Program at Columbia University. He arrived in 2018 from Princeton University where he was William P. Boswell Professor of World Politics of Peace and War, Director of the Princeton-Harvard China and the World Program, and faculty director of the Masters of Public Policy Program and the Truman Scholars Program. From 2006-2008, Professor Christensen served as Deputy Assistant Secretary of State for East Asian and Pacific Affairs with responsibility for relations with China, Taiwan, and Mongolia. His research and teaching focus on China’s foreign relations, the international relations of East Asia, and international security. His most recent book, The China Challenge: Shaping the Choices of a Rising Power (W.W. Norton) was an editors’ choice at the New York Times Book Review, a “Book of the Week” on CNN’s Fareed Zakaria GPS, and the Arthur Ross Book Award Silver Medalist for 2016 at the Council on Foreign Relations.

Sharon H. Yuan is the Managing Partner and General Counsel at The Asia Group. Prior to joining The Asia Group, Ms. Yuan served in the U.S. Department of the Treasury as the Deputy Assistant Secretary for Trade and Investment Policy from 2009 to 2015, and concurrently as the Executive Secretary and Senior Coordinator for China Affairs and the Strategic and Economic Dialogue (from 2012 to 2015). In these positions, she helped manage the U.S.-China economic relationship for the Secretary of the Treasury, and oversee the annual U.S.-China Strategic and Economic Dialogue (S&ED). While working on the S&ED, she successfully helped to inter alia secure China’s commitment to negotiate the U.S.-China Bilateral Investment Treaty (BIT) based on a “negative” list approach, as well as conceived and secured China’s agreement to launch multilateral negotiations on official export financing disciplines. In addition, Ms. Yuan served as the Treasury Department’s lead on trade and investment policy, and was responsible for the financial services negotiations in U.S. free trade agreements and bilateral investment treaties, including the Trans-Pacific Partnership, the Transatlantic Trade and Investment Partnership, and the U.S-China BIT. Additionally, she was responsible for the development of U.S. policy on official export financing, including as it relates to the U.S. Export-Import Bank. In recognition of her contributions and leadership while serving in these positions, Ms. Yuan was awarded The Treasury Medal.

Adam B. Kushner is the editor of Outlook, the Washington Post’s home for ideas, essays, arguments, and book criticism. Previously, he was the editor of National Journal magazine, a senior editor for foreign affairs at Newsweek and a managing editor at the New Republic. He is a New Orleans evangelist and native. Mr. Kushner has a BA in the study of antiquity from Columbia University.